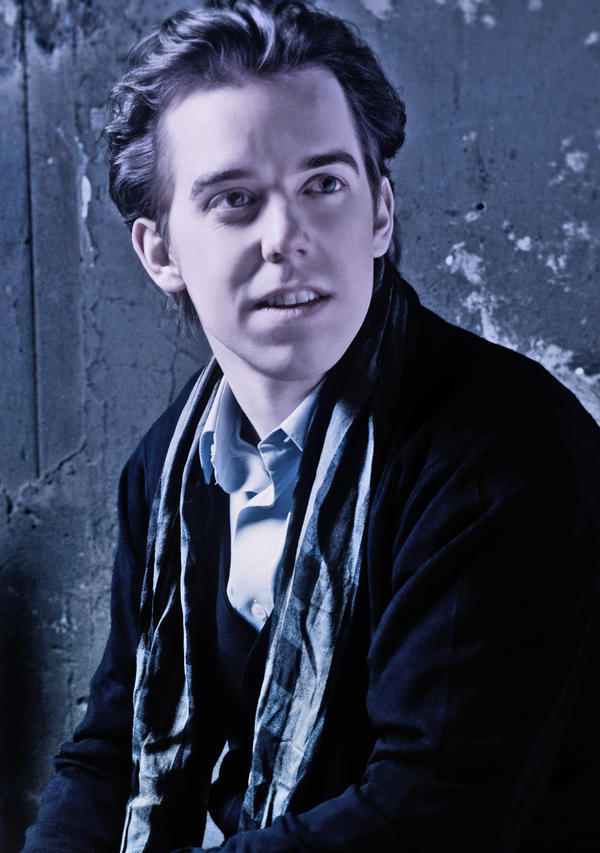 Ingolf Wunder, born in Austria on Sept. 8th, 1985, started his musical adventure on the violin, at the age of four. Never pushed or forced by his parents, he treated violin as a hobby, fully enjoying and simply having fun with making music. At the same time, he was developing his talent in sports and interests in technology.

He had reached a high level of proficiency on the violin when, around 14 years of age his talent for the piano was coincidentally discovered by a teacher from Linz, Horst Mattheus. Wunder gave up violin after 10 years of playing, left the Music Conservatory Klagenfurt and began intensive piano studies at the Music Conservatory Linz, under Prof. Mattheus. That was the moment when he fell in love with art and decided to dedicate himself fully to the piano.

While many beginners would have started with easier repertory, Wunder pursued his inner fire for Liszt’s works and encouraged by his teacher’s made-to-measure teaching methods, he let the music of the Hungarian composer shape his technique. Living in his own world and far from the usual paths a young musician commonly takes, he was allowed to experiment in order to nourish his individuality and to find his genuine musical identity. As for his artistic taste, he formed it through the legacy left by artists from the generations of Schnabel, Friedman, Rubinstein, and Horowitz.

A few months after switching to piano Wunder participated in his first youth competition and won the 1st Prize (VII Concorso Internazionale di Musica, Cortemillia, Italy). Soon after came the 1st Prizes at the XVI European Music Competition in Torino, the 63. Steinway Piano Competition in Hamburg and a few more. About one year after changing the instrument he made his debut at the Konzerthaus Vienna, playing Liszt’s Mephisto Waltz and one of Debussy’s Preludes in a renowned youth cycle. In 2001, at the age of 16, he was awarded the Liszt Prize at the 36. International Franz Liszt Competition in Budapest (Hungary). In 2003, after Wunder had been accidentally heard practicing by Emmanuel Krivine, he was invited by the conductor to perform Prokofiev’s Piano Concerto No. 3 at the Théâtre des Champs-Élysées in Paris with the Orchestre National de France. Wunder continued his piano studies at the Music University in Vienna.

After a brief but difficult period of doubts that made him think of giving up the aspiration to pursue a pianistic career and going into computer science instead, in 2008 Wunder started a collaboration with Adam Harasiewicz, a Polish pianist and the winner of the 1955 International Chopin Piano Competition. A year later Wunder decided to participate in a piano competition for the very last time, regardless of the results.

The 2010 International Chopin Piano Competition in Warsaw brought uproar, recognition, the 2nd Prize, the Prize for the Best Concerto, the Prize for the Best Polonaise Fantaisie, the Public Prize and many devoted listeners around the world. By many Wunder was considered the real winner of the competition. Many talked about the biggest competition scandal since Pogorelich case in 1980.

Next to playing concerts and touring, he undertook conducting studies to widen his musical horizons. He continued the studies externally until the end of 2012 when he obtained his diploma.

In late 2017, after a few years of planning and designing, Ingolf Wunder and his wife Paulina launched APPASSIO.com – the first in this form real-time online learning and teaching startup exclusively for all fields of art, art education and help. It’s dedicated to teachers, students, art lovers of any age and parents. It aims at helping inspired individuals to find the right contacts and enrich their world in a made-to-measure way; to nourish their creativity, interests and artistic passion.

Passion is a keyword in Wunder’s life. Brought to the piano by passion and his own will, playing the only repertoire that he feels passionate about, passionately admiring Romanticism and Impressionism in fine arts and passionately discovering new cuisines and tastes. He believes that an artist can only stay true to himself if whatever he does, he does it with full conviction and passion or not at all, and if he sticks to his personal beliefs. Even if it means taking risky challenges.