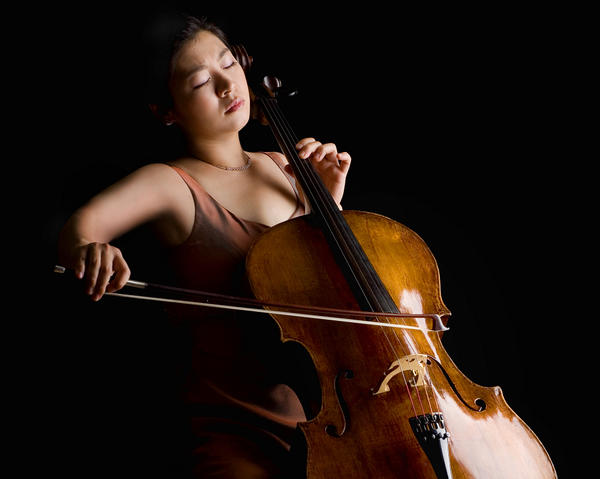 Deutsche Gramophone Recording Artist Ms. Meehae Ryo’s breathtaking technical virtuosity and captivating melody put her as the most recognized cellist in the Republic of Korea. She endeavors to play music which makes both herself and her audiences happy.  Not only is she a beloved cellist, but she is also determined to train pupils by sharing her experiences and skills.

Meehae had her first cello lesson at the age of six. After she won many of national competitions, her ambition to study abroad at an early age, she asked her parents to search for a school which could provide the best educational background to prepare her to become a true musician for inside and outside.  She accepted a place at Juilliard School when she was sixteen and then finished her studies with a DMA degree at the University of Michigan in the USA.

In July 2013, Meehae and Albena Danailova, who is the first female concertmaster in the history of the Vienna Philharmonic Orchestra, were invited to play Brahms Double Concerto at Cesky Krumlov Music Festival, and their stage was broadcasted live on the Czech National Broadcast. General Manager of Budapest Symphony Orchestra MAV was very happy of this concert and sent to Meehae an invitation to perform once again in Abonoment program of Budapest Symphony Orchestra with the concertmaster of Berlin Philharmonic Orchestra Mr. Andreas Buschatz Brahms double concerto for violin, cello, and orchestra on 10th. October 2014 in Liszt Hall, Budapest.

Meehae’s first recording was with the Prague Radio Symphony Orchestra under maestro Vladimir Valek as the conductor; it was a commemoration album of Schumann’s 150th death by Sony Classic. In 2013, she recorded Saint-Saëns and Elgar cello concerto with Nuremberg Symphony Orchestra, which is released by Deutsche Gramophone.

Meehae does not limit herself as a concert cellist, she is also one of the most respected professor in the Republic of Korea.  Based on her personal experiences, she not only teaches them techniques needed to play the cello but also about life as a cellist.  She has been invited to give master classes in some of the most renowned music schools such as Vienna University, Shanghai Conservatory of Music and Kazakhstan Conservatory of Music.  She plays on a Storione Cello.