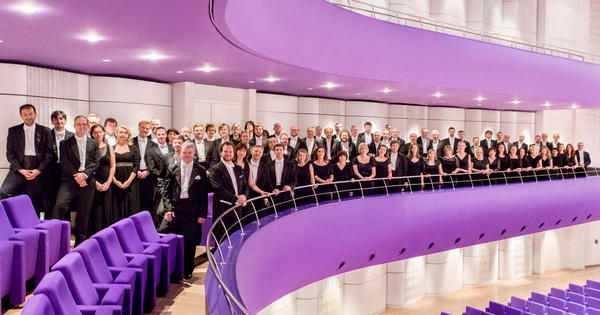 The idea of founding a symphony orchestra in Zlín arose back in the 1920s, and the basis of the Bat’a National Enterprise Symphony Orchestra was formed shortly after the country’s liberation on 1st June 1945, The first performance of the orchestra, numbering almost fifty musicians, was conducted by Rudolf Kvasnica on 30th April 1946. In May 1950, what was now the Workers’ Philharmonic Orchestra started its first spa season in Luhačovice, and its performances for the spa guests over the five summer months set a precedent for many subsequent years. In November 1955 the Tomas Bat'a Memorial Building was repurposed as the ‘House of Arts’ for the Orchestra’s needs. Over the years the Orchestra has seen several changes of name – from the Bat’a National Enterprise Symphony Orchestra to the Workers’ Philharmonic Orchestra, then the Gottwaldov Region State Symphony Orchestra, but it was in early 1989 that it was renamed the Bohuslav Martinů Philharmonic Orchestra.

It has gradually become an important Czech orchestra whose artistic profile has been honed by a series of outstanding chief conductors and permanent or guest conductors such as Rudolf Kvasnica, Richard Týnský, Eduard Fischer, Jaroslav Opěla, Rostislav Hališka, Stanislav Macura, Petr Altrichter, Miloš Machek, Peter Lűcker, Kirk Trevor, Tomáš Koutník, Jakub Hrůša, Stanislav Vavřínek and others. Since the 2015 - 2016 season the chief conductor has been Vojtěch Spurný, and the principal guest conductor is Leoš Svárovský. From season 2018 – 2019 the orchestra will lead new chief conductor Tomáš Brauner.

The Orchestra’s repertoire consists of major symphonic works but includes jazz, chanson, and popular music, and it invites guests performers and musicians not only from the world of classical music but in other musical genres too. The Orchestra’s concerts are currently organized in six subscription series, but it performs in many other concerts in Zlín and the region, touring all the country’s major music festivals such as the Prague Spring, the Smetana festival in Litomyšl, the Janáček May festival in Ostrava, the Brno Špilberk, the Prague Music Festival, Český Krumlov and elsewhere. Tours abroad have taken the orchestra to Italy, Denmark, Hungary, Croatia, Greece, Poland, Austria, Romania, Germany, France, Portugal, Spain, Ukraine and the USA (Carnegie Hall). In 2016 the Orchestra performed in India - some 57 years after the last performance there by a Czech orchestra. In November 2017 the orchestra performs five concerts on a tour of Korea in the main cities like Seoul, Ulsan, Busan, and Jeju island. In January 2018 it was invited back, again under the baton of Indian conductor Debashish Chaudhuri, to perform in 4 cities and thus celebrate 70 years of diplomatic relations between the Czech Republic and India.

The Orchestra features regularly on radio and TV and in recording sessions. Since January 2011 it has been based in the newly built Zlín Congress Centre, designed by the noted Czech architect Eva Jiřičná.