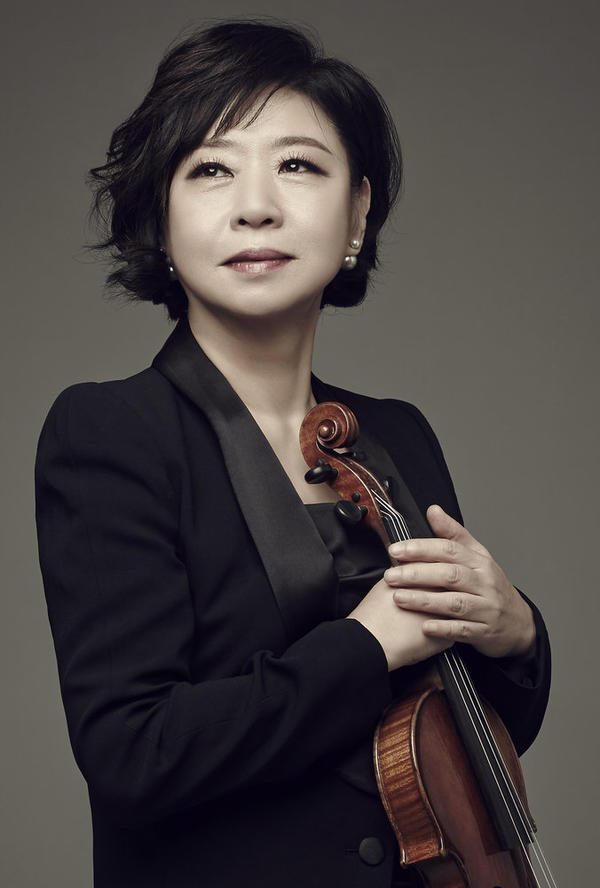 A violinist of dazzling technique and rare sensibility, Sung-Ju Lee has captivated audiences around the world with her "imaginative playing and luminous sound"(Koëlner Stadt-Anzeiger, Cologne), her "impeccable technique"(II Gazzentina, Venice), and her "taste for the dramatic and unflagging sense of authority"(Los Angeles Times).

Ms. Lee launched her New York career with debut recital presented by Young Concert Artists series in 1977 and was immediately recognized as "afirst-rateviolinist" by The New York Times. Her list of prizes includes the Ewha-Kyunghyang Concour of Korea at age of 11 and the NewYork Wieniawski, Sibelius, Tchaikovsky, and Queen Elisabeth International Competitions.

Her list of accomplishments is impressive, beginning with her appearance as a soloist with the Seoul Philharmonic at the age of 9. In the U.S., she has performed with the orchestras of Saint Louis, Seattle, Baltimore, Florida, Ft. Lauderdale, Duluth, and Roanoke, among numerous others. Around the world, she has played solo with the Hong Kong Philharmonic, Taiwan Symphony, KBS Orchestra and Orquesta Sinfonica in Caracas, Venezuela.

In 1994, Sung-Ju Lee was appointed as a professor at the prestigious Korean National University of Arts in Seoul, Korea. Since moving to Korea, she is actively performing in her native country. Some of her most exciting performances include a nine-city national tour with all-Brahms programs; and joy of Music a 5-concert series in which Miss Lee’s versatility is demonstrated in unaccompanied solo recital, recital with piano, and in chamber music. As a guest soloist, she has performed with the Hungarian State Symphony and has appeared with the Busan Philharmonic, the KBS Symphony Orchestra (on regular subscription concerts), the Seoul Philharmonic, the Suwon Philharmonic on their European tour.

In 2009, she challenged herself to play the complete 10 Beethoven sonatas in .one day, which sets the record of being the first time among violinists Furthermore, she continues to perform complete sonatas of Schumann and Brahms in 2010 and 2011. This gives her the opportunity to record the Brahms Sonatas which will be released in the fall of 2012.

The latest recording, Bach concertos (with Guitar Quartet) was released in 2017 to celebrate her 40th Anniversary year of New York Debut.