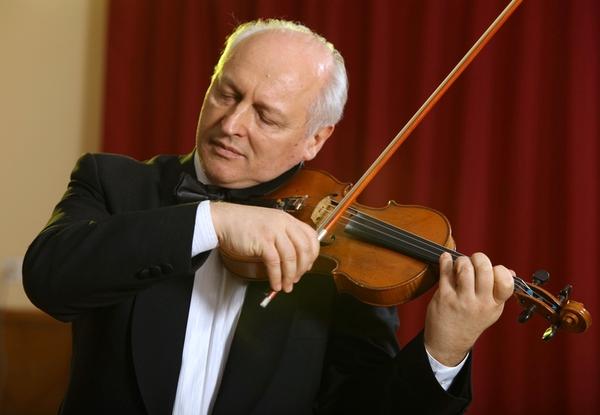 The Honored Art Worker of the Russian Federation, Rector of State Musical Pedagogical Institute named after M. Ippolitov-Ivanov, Professor of the Moscow Conservatory, the President of Regional Public Foundation «Russian Performing Art», the soloist of Moscow Philharmonic Society, the Artistic Director of the Moscow Youth Chamber Orchestra, Member of the Council for culture under the Chairman of the State Duma of the Russian Federation.

Valery Vorona is the founder of the public charity Fund "Russian performing art" (1992), which carries out major international and Russian musical projects, such as the International prize in the field of music and music pedagogy, the TV series "Stars in the Kremlin", "Bridge of culture "Russia-Japan", the international music festival of  Sofia Gubaidulina, Gala concerts of stars of world performing art in honor of  Mstislav Rostropovich, Alexander Solzhenitsyn, etc., the annual Festival of Russian-Italian culture "Ochi Chornye", the International music festival "Opera in Chersonesos" and many others.

Among the graduates of the class of Professor Vorona, there are many laureates of prestigious international music competitions. He regularly participates as a jury member in many international competitions, gives master-classes in Russia and abroad (Spain, Italy, Israel, USA, France, CIS, etc.).

The Moscow Youth chamber orchestra conducted by Valery Voron successfully performs in Russia and abroad, and has gained popularity.

In 2007 Valery Vorona was named "Person of the year" by the famous Russian music newspaper "Musical Revue".

In 2010 he was awarded the Hamburg Academy of music "Golden Icarus" for his contribution to the development of Eastern European culture.