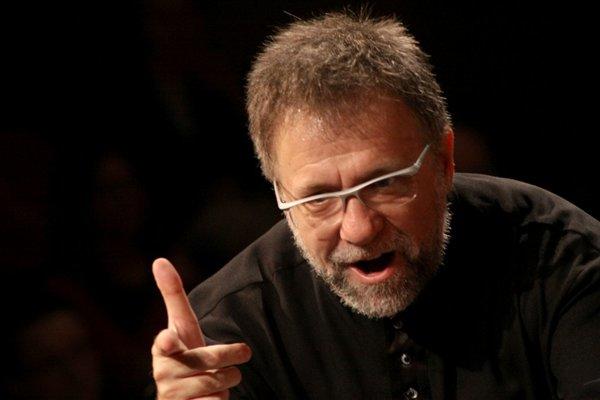 Maestro Hakan Şensoy was born in Istanbul in 1968. He started his musical education at the Istanbul Technical University Traditional Turkish Music Conservatory in 1977 and graduated in 1988. Since 1984, he has performed many recitals and orchestral performances both in Turkey and abroad: England, Sweden, the United States, Italy, Mexico, Bulgaria, Romania, Poland, the Czech Republic, France, Estonia, and Cyprus. In 1985, Şensoy was awarded the Most Successful Young Artist of the Year Award by the Istanbul Philharmonic Society, and the Great Performance in Art award by the rector of Istanbul Technical University. In 1988, Şensoy gave a recital at the Istanbul Atatürk Cultural Center to UNESCO representatives.

Şensoy has contributed to numerous radio and television programs as a guest and as a producer. He is a noted arranger of Yalçin Tura′s work, and has arranged three of his pieces: “Three Waltzes for Violin and Piano”, “Sonata for Violin and Piano”, and “Dance Tunes for Violin and 10 Chamber Soloists” as well as Münir Nurettin Beken′s “Dance for the Past for magnetic tape and violin" and “Holes on the Japanese Lamp for violin and cello". He premiered Miechel Ellison′s “Duet for Violin & Cello”. Hakan Şensoy has released three CDs: “The Eagien Balcanic Dances” with the kemençe (traditional Turkish instrument) player Ihsan Özgen; “Şensoy Plays Tura” and “İstanbulin” with Cihat Aşkın and Aşkın Ensemble.