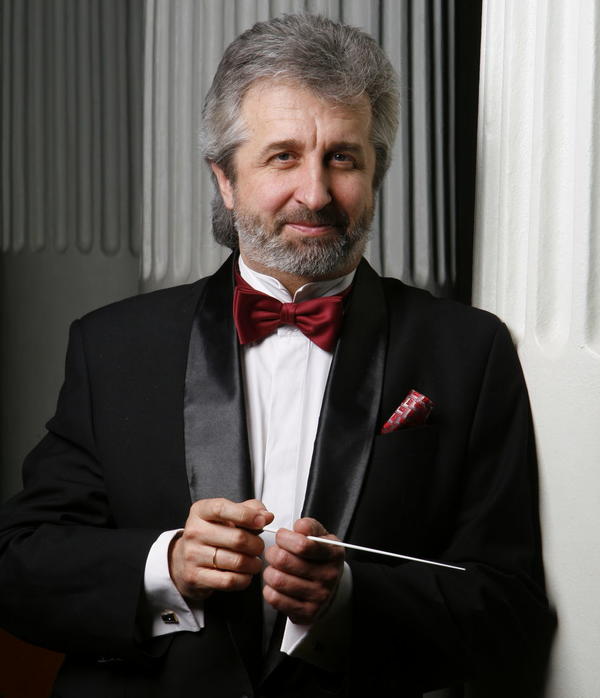 Director - Chief Conductor of the Kharkov Philharmonic, Honored Artist of Ukraine, the winner of the International competition named by Vakhtang Jordania.

The works of maestro Yanko is characterized by high culture of performance, knowledge of musical styles and national schools. Crisp and clear gesture, emotional, dramatic and demanding to work with the orchestra - all that created a reputation as one of the best conductors of Ukraine. He graduated as a conductor-choirmaster Kharkov Special Music School (1980), Kharkov State University Art named by I.Kotlyarevsky (1985), as an opera and symphony conductor - National Music Academy named by P.Tchaikovsky (1991).The conductor of Academic Symphony Orchestra of Zaporozhye Philharmonic (1991-1994), artistic director and conductor of the chamber orchestra of Kharkov Specialized Secondary Music Boarding School (1999-2004). Since 1994 – the conductor of Kharkov Academic Opera and Ballet named by M. Lysenko.

He was conductor-producer of many plays. Since 2001 he has been artistic director and principal conductor of the symphony orchestra of Kharkov Philharmonic. In 2004 he became its director. Engaged in teaching. He received the diplomas of the regional state administration (2002, 2006), the highest award of Kharkov mayor "For diligence" (2004). Winner of regional rating "Kharkov Citizen of Year" (2001-2006), a regional award "Public Recognition" (2004), municipal creative prize named by B.Gmyrya (2007). Famous musicians of our time (D.Bashkirov, B.Kotorovych, V.Kraynyev, D.Kramer, Y.Loyevskyy, M.Petrov, S.Stadler, N.Shtarkman, O.Knyazyev, S.Shodzhy, and many others) highly evaluated conducting skills of Maestro Yanko. He has performed with the National Symphony Orchestra of Ukraine National Symphony Orchestra of Moldova, with orchestras in many cities of Russia and Ukraine. Audience from many countries knows his familiar art: Bulgaria, Holland, Egypt, Spain, Italy, Germany, South Korea, Poland, Russia, USA, France, the Czech Republic, and Switzerland.